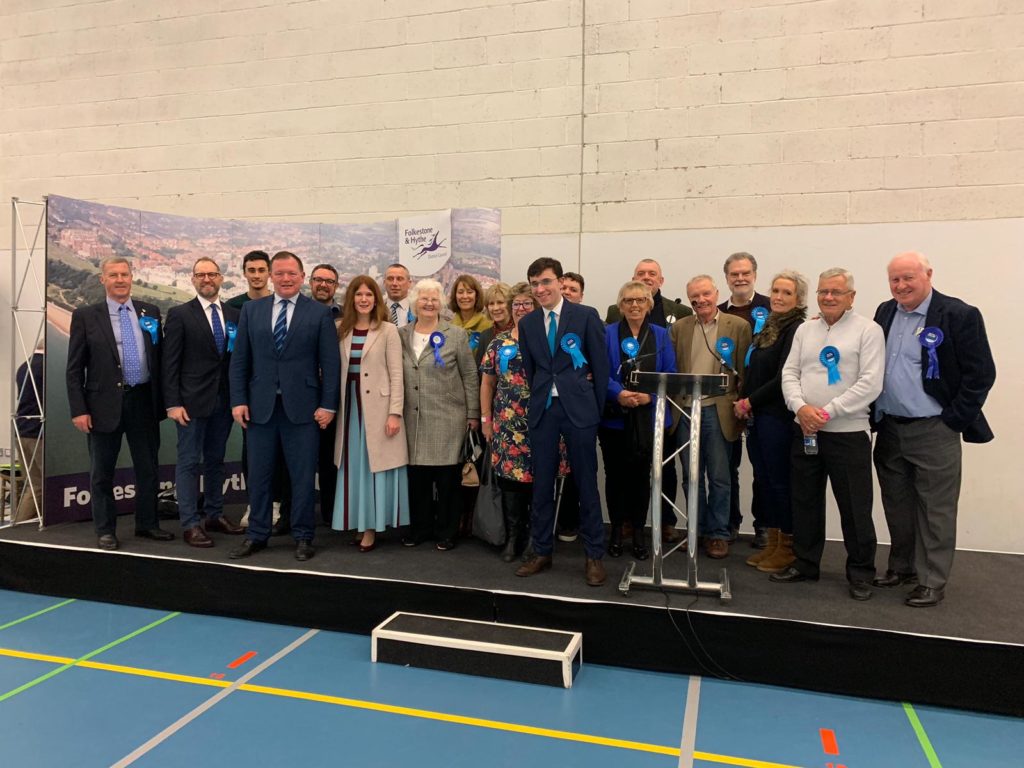 Conservative MP Damian Collins has retained his seat in Folkestone and Hythe with a resounding victory.

Mr Collins defeated seven other candidates competing for the constituency in the first December General Election since 1923.

The incumbent MP received 35,483 votes, granting him a majority of 21,337 over second placed Laura Davison of Labour.

The full results of the election are as follows:

Mr Collins said: "I am delighted, this is the fourth election in a row that I have been elected, and it is the largest majority that we have had in that time.

"There is a clear mandate here to get Brexit done, and I will take that to Westminster to support Boris Johnson's deal."

Second placed Ms Davison said: "It has been a privilege to campaign for Labour.

"Going around and canvassing, meeting people, I feel it has really brought me together with the constituency."

The turnout in the constituency was recorded at 67%, a respectable figure but slightly down on the 68% that turned out in 2017.

On the counting floor, Green party candidate Georgina Treloar said that she felt her team's campaign was "extremely positive".

She said: "I really feel like the party as a whole has got our message out, but unfortunately the nation is locked in a terrible battle."

Colin Menniss of the Social Democratic Party (SDP) said that this campaign was about re-introudcing the party into voter's minds.

"We're only standing 20-odd candidates this election", he said, "And this has certainly been a learning curve for me."

Independent Henry Bolton spoke about the results coming in around the country, which are currently suggesting a Tory majority of up to 86.

He said: "I am very pleased to see that this majority will ensure that Brexit will be carried out.

"Having said that, I am not absolutely sure that I trust the current party, not even with the members that could come in, to properly negotiate with the EU."