The future of Dungeness ⚙️ 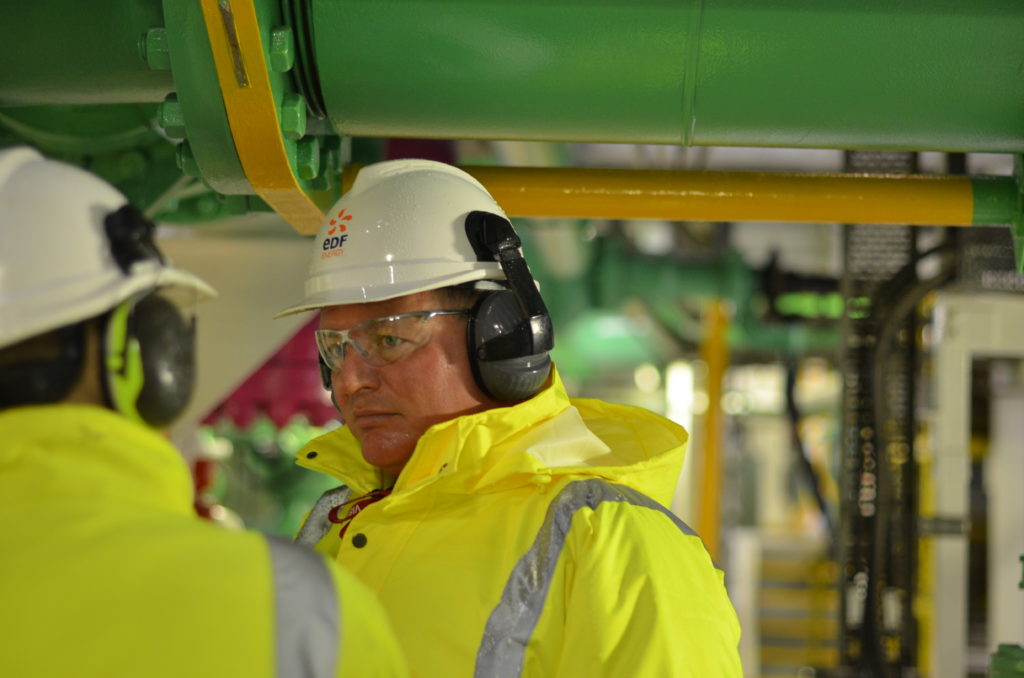 The nuclear industry has been one of our largest local employers for many decades. Over one thousand people either work at the power stations at Dungeness or in the supply chains that they rely upon. The advanced decommissioning of the Dungeness A station, which ceased energy production in 2006, will continue into the 2030s. Dungeness B is currently licensed to continue producing electricity until 2028. However, from my visit last Friday, to meet with the Station Director John Benn, and the Plant Manager Gavin Lancaster, it’s clear that they are investing for the longer term. Dungeness B has been through a prolonged but planned ‘outage’ period where essential maintenance and checks can be completed on the site. It is expected to be back running at full capacity in the summer. John Benn was clear though that their strategy is looking beyond 2028 to the possibility that the power station could see its license extended again so that it can operate into the following decade. Such decisions are made by the Nuclear Safety Inspectorate looking at the overall record of a power station, and Dungeness B should be in good shape to meet those tests.

Since I was first elected to parliament nearly ten years ago I have worked for a sustainable future for nuclear power on Romney Marsh. In fact, it was one of the key issues I raised in my maiden speech in the House of Commons. I want to see Dungeness remain an important centre for nuclear energy, and that means attracting one of the next generation of electricity generating technologies to the area. I believe that Dungeness could be an excellent site for the small modular reactor technology that is currently being developed by Rolls Royce. These have a much smaller footprint that traditional nuclear power stations but can still deliver equivalent levels of energy.  Last week I met with David Peattie the Chief Executive of the Nuclear Decommissioning Authority, to discuss their work at Dungeness A. David explained that land at some of the NDA sites currently being decommissioned have the potential to host new nuclear build.  Although the decision on where reactors will be located is not for the NDA to make, he thought that there were sites that could be used for small modular reactors, provided that they can meet regulatory and Government approval. Whilst small modular reactors are still in development, this new technology could be powering homes and businesses in the 2030s. I hope it is also sustaining more local jobs in the nuclear industry.

The Government is acting to keep people safe following the spread of the Coronavirus around the world. The advice of the UK Chief Medical Officer is that this virus represents a low to moderate risk to public health. The symptoms of the Coronavirus are typically a cough, high temperature and shortness of breath. If you have recently visited an area that has been affected by the Coronavirus, principally China and the far east, Iran and northern Italy, and believe that you may have been infected, then you can seek advice from the NHS 111 telephone service or online at nhs.uk.