Delivering Brexit and moving on 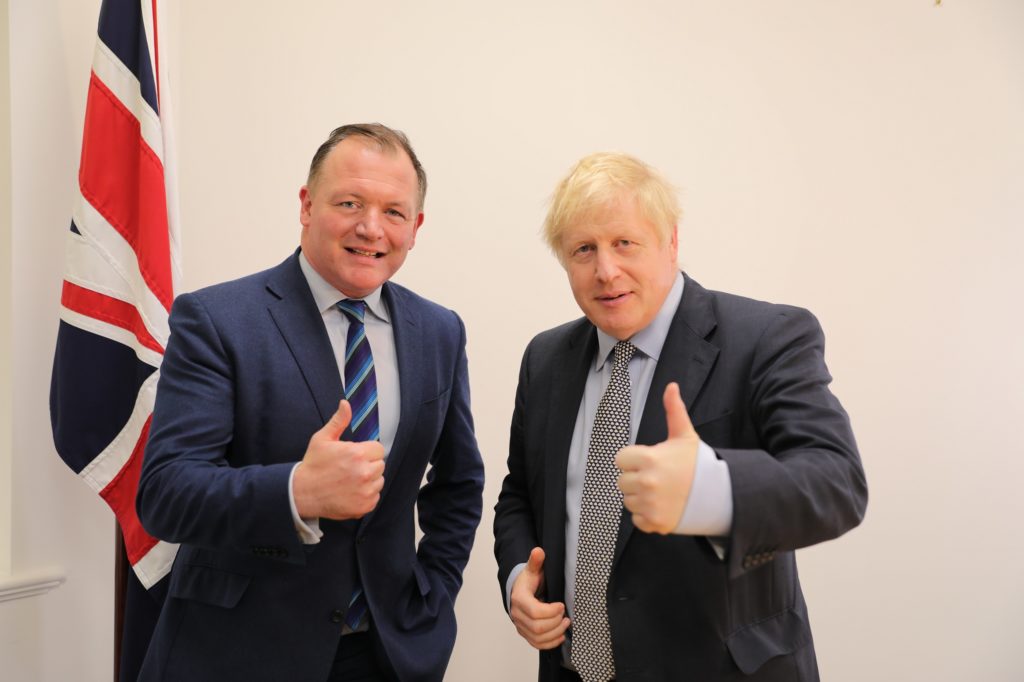 I was honoured last Thursday to be elected for the fourth time to serve as your Member of Parliament. I was delighted as well to receive an increased majority and share of the vote. For those who voted for me I would like to thank you for your support, and to everyone else please be reassured that I will continue to work for all of my constituents, regardless of which Party or candidate they preferred in the election.

So after nearly six weeks of campaigning in winter sunshine and rain, the real hard work now begins. Our task in Parliament has been made much easier, with a larger than expected Conservative majority in the House of Commons of 80 seats. This means an end to the dither and delay of Parliament before the election, when we simply did not have the votes to get things done. In the general election campaign, we were very clear that if we won, we would get Brexit done, and we now have the mandate to do just that. We will deliver Brexit by passing Boris Johnson’s European Union Withdrawal Agreement in time for the UK to leave the EU in the New Year, on 31 January.

In delivering Brexit we can move on as country and escape from the endless arguments of the last three years. It means we can re-set our relationship with the EU and rather than complaining about the Brexit negotiations, instead focus on the things we want to do together in the future, with Britain working as a neighbour and partner, rather than a reluctant member state. This includes securing an agreement on trade as well as future co-operation on security.

When I was first elected to Parliament in 2010, the focus of the new Conservative-led government was to bring the nation’s finances back into balance, after the steep rise in debt, made worse by the financial crisis. As a result of hard work and difficult decisions, we managed to achieve this, which means we are now in a position where we can afford to invest more again in our public services. This will include a record cash boost for the NHS, with additional funds in particular for GP services. We will also see more doctors being trained locally with the opening next year of the new medical school for East Kent. Local schools with see their increase in funding per pupil rise on average in the next school year by more than the rate for the rest of England. We are already seeing additional police officers working in our town centres, recruited from the funding raised by our Kent Police and Crime Commissioner, Matthew Scott. By the end of 2021, as a result of this increase and more money from the Home Office, we will have nearly 600 more police officers working in the county.

Our local economy is stronger now that it was in 2010. There are 5,000 more people in work now than then, and over 600 additional businesses trading. We have seen substantial investments in regeneration, particularly in the harbour and old town area of Folkestone. As Chairman of the Folkestone and Hythe Accelerated Delivery board, I want us to increase the rate of economic development as we enter the 2020s, with more homes being built for local people, and by creating more places for businesses to expand and create new jobs.