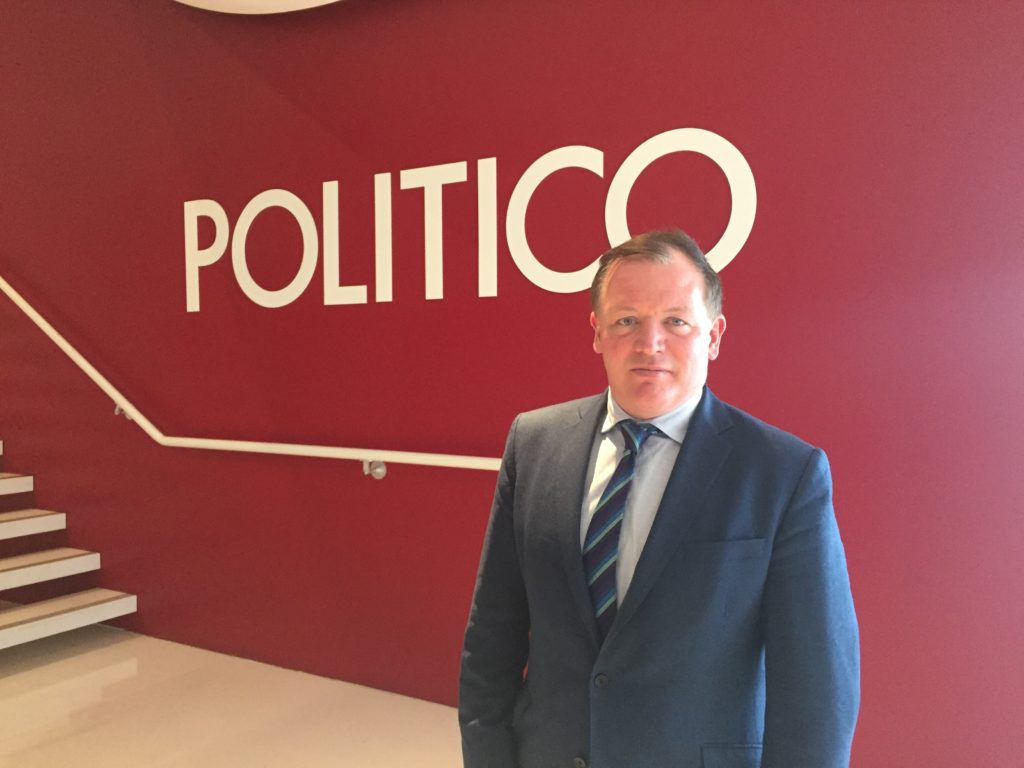 During a visit Tuesday to the POLITICO newsroom near Washington, Collins said he plans to press the British government to avoid Section 230-like language in a post-Brexit trade deal with the U.S. That domestic law limits websites' liability for what users post, and its export to the U.K. would run smack into Collins' attempts to make platforms more responsible for their content. (The tech industry's take: Section 230 is critical to a functioning, free-flowing internet.) Even though Collins was just defeated in his bid to stay chair of Parliament's Digital, Culture, Media and Sport Committee — a perch from which he's arguably been Silicon Valley's chief antagonist in the U.K. — he signaled that he’ll stay deeply engaged on this tech issue and others.

— "I think we should be really clear with the American government that that would essentially undermine the work we've tried to do on online harms," he told POLITICO about Section 230-style trade language. “It shouldn't be something we agree to as part of a trade agreement because it would kick away all the good work that's been done."

— He added he's also keeping tabs on the Boris Johnson-led government's adoption of his committee's chief recommendations: first, establishing a so-called duty of care that would treat social platforms as something between neutral networks and publishers, and second, standing up an independent regulator for them akin to Ofcom, which oversees broadcasters in the U.K. He said he's seeing supportive signs out of 10 Downing Street.

— Like Johnson, Collins is a Tory. And mapped against U.S. politics, it's unusual to see a conservative politician agitating for a new regulatory agency, especially one with leverage over private industry. But British politicians, argued Collins, are freer to act out their true feelings on Silicon Valley. One reason: "Big companies don't have big commercial interest in politics in the U.K. because of the limits of what candidates and parties can spend in election campaigns," Collins said, positing that that makes tech "a less partisan issue" there.